END_OF_DOCUMENT_TOKEN_TO_BE_REPLACED

1. Each team consists of 4 people, at least half of the team must be over 18. Each team informs the organizing committee about the name, members of the team, age of members, start place and contact number (mobile). The
team's composition may not change after the start of the Birdrace.
2. Winner - the team which from 6.00 to 15.00 on the day of the competition registers the highest number of wild birds in the wild on the territory of the Republic of Belarus.
3. The team could use any kind of transport, but all members of the team should stay at the same car (wagon) during moving of it. If for some reasons (for example, for the team on bicycles) it is impossible, so all members should be at the distance of the voice contact.
4. During all Birdrace all team members should be at the distance of the voice contact.
5. It is also possible to have on the board some other persons (driver, journalist and observer(s)), but only members of the team could search and recognise the birds.
6. Only species, seen/heard by all members of the team, are counted. Species which are registered by voice/call are indicated with a special mark. Species hear/seen by not all members of the team, are recorded, too, but not counted.
7. The team informs the organizing committee about the registration of the 20th and each subsequent 10th species in the following order: team, species number, species name.
8. By 15.00 the team must return to the place of start, if the organizing committee didn't indicate any other meeting point for the certain region.
9. It is not allowed to use playbacks, mistnets and any other equipment apart from binoculars, telescopes and field guides. It is not allowed to flash, disturb or to do specially anything that might prevent the observation of birds for other teams.
10. For the delay of every 5 minutes with arriving to the finish place one species is taken off the list of the team.
11. From 15.00 till 15.30 each team must inform the organizing committee about the number of species registered. Until 16.00 each team must transfer the full list of species with indication of the name of the locality (lake, settlement, etc). The species list must be kept in the chronological or systematic order, in Belarusian, Russian
or Latin. The bird list can be faxed, emailed (scanned/photographed).
12. The organizing committee announces the winners on the same day, and informs all teams about the results. In case when several teams have the same number of species, team which sends the bird list first, wins.
13. All arguments are settled by the Jury. The Jury may ask members of the teams for clarifications.
14. Organizing committee may send an observer to any of the teams.
15. The decision of the Jury is final.

Deadline for Registration of the teams is 17.00, Friday, September 4, 2009.
Please, send your data to Dz`mitry Vincheuski by e-mail: Harrier@tut.by  with copy to Semion Levy: Club200@tut.by

The Best Picture from Birdrace: not more than 10 digital pictures should be sent not later than 24 hours after the end of the Birdrace to the e-mail tyteishi@gmail.com
All pictures will be placed at the Gallery on the www.BirdWatch.by  for 4 days, than the best picture will be selected by the votes of visitors.

The Best Story from Birdrace: each team could send one story (even with pictures) not later than 24 hours after the end of the Birdrace to the e-mail tyteishi@gmail.com
All stories will be placed at the Observations on the www.BirdWatch.by  for 4 days, than the best story will be selected by the votes of visitors. 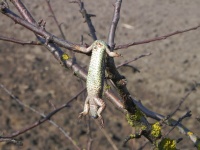 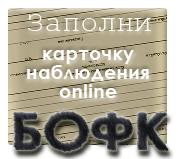 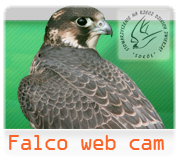